Palm Honey or Guarapo is a liquid Sap extracted from Canarian palm trees, the sap is extracted by cutting a concave shape in the plant. Incisions are done at night time and left for collection during the following day, as the heat of the sun may ruin the product.

Guarapo is then boiled during hours, until it becomes a syrup with a thick consistency and a dark brown color. After 4 to months of daily routine production, from January to June, every tree then need 5 year break before it can be used for production again.

This delicious Canarian product was firstly rested by its aboriginals and eventually became a mainland Spanish product. Sap is a complete nourishment that is used in combination with various food, such as meat or goats cheese, as well as for the preparation of deserts, such as Gofio mousse and Cheese Desert (Quesillo). It has the same antioxidant, purifying and minerals as bee’s honey. 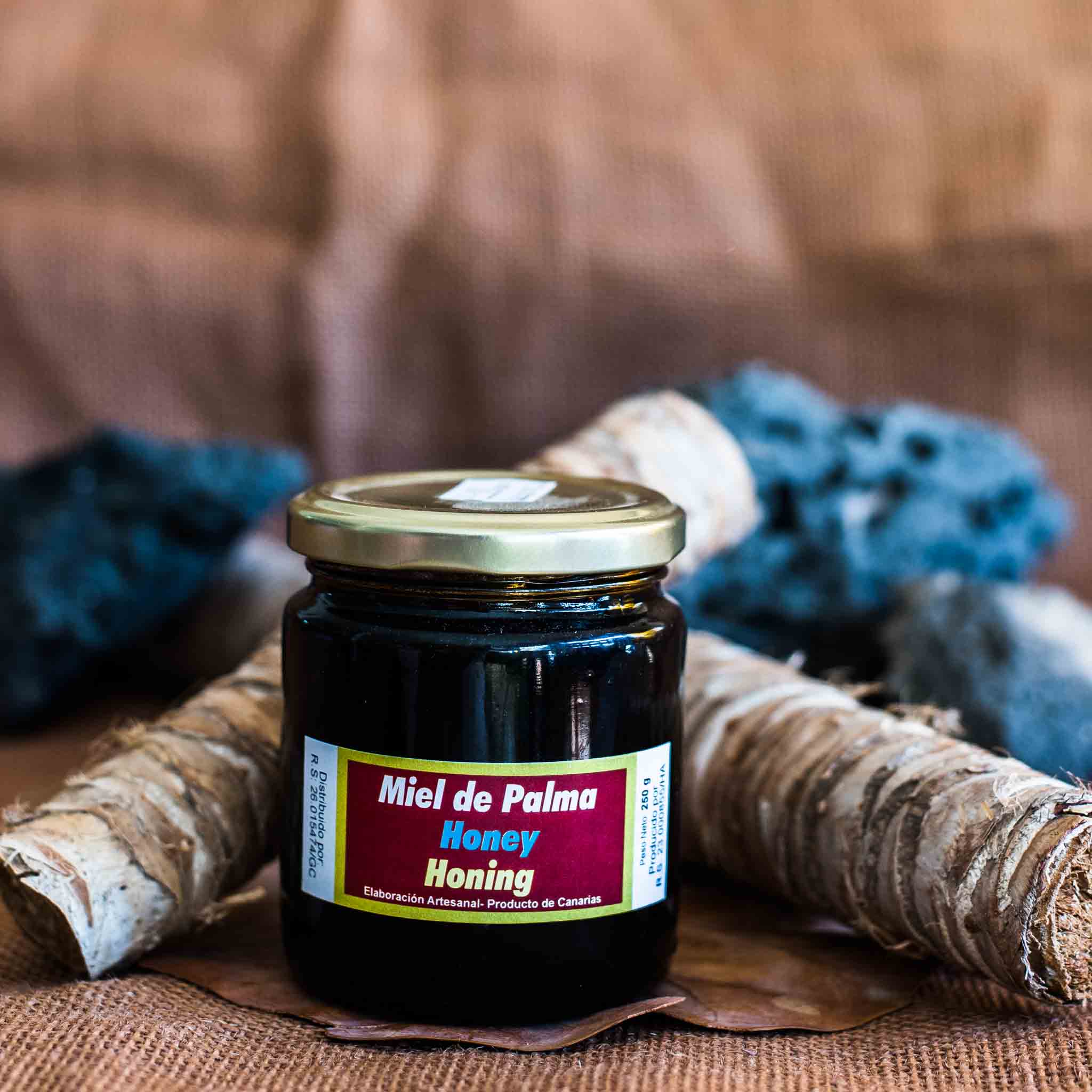 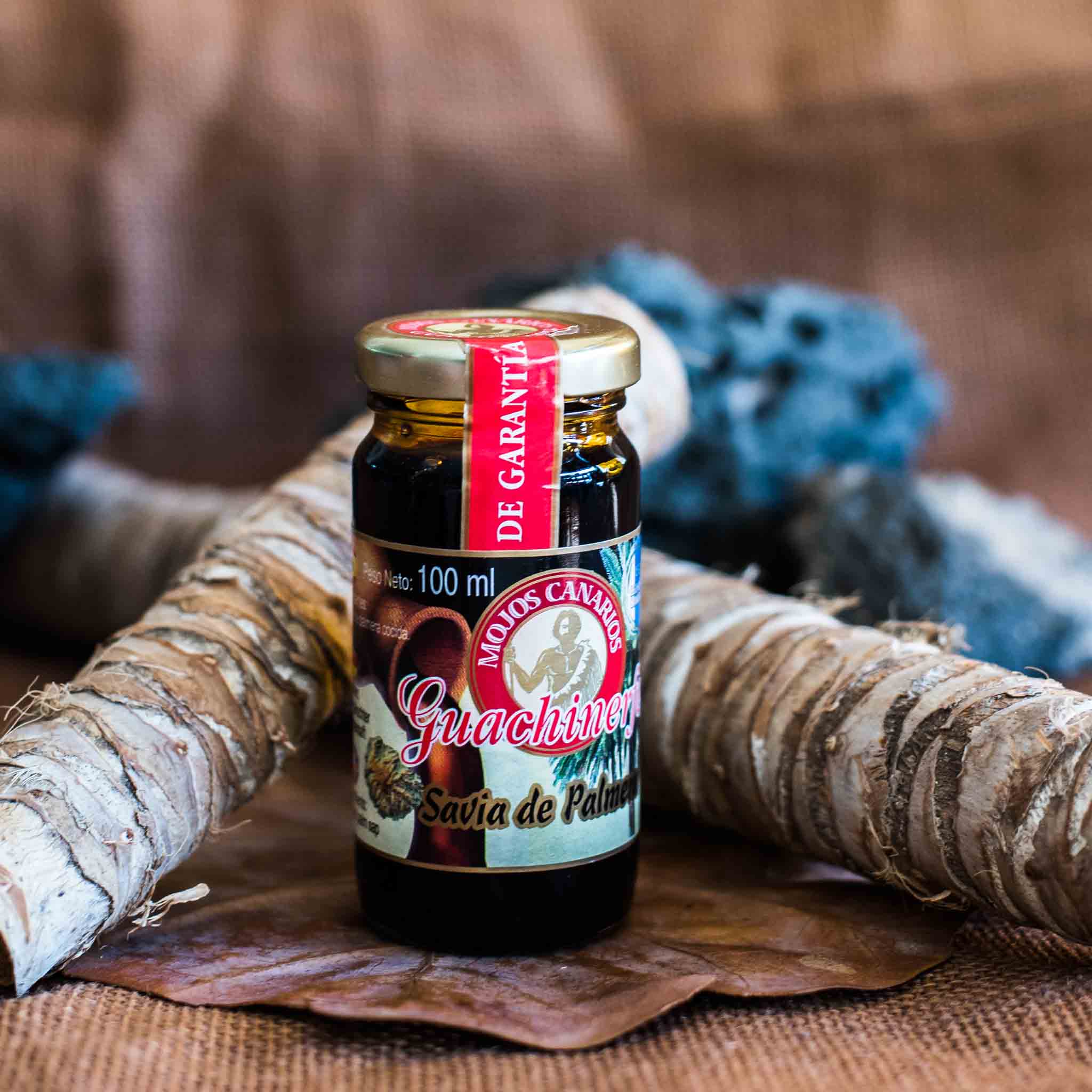