Gofio is a Canarian speciality made with flour deriving from cereals, such as wheat, sweetcorn and barley, crunched together and toasted. Traditionally, it was toasted with a machine called Tostador, clean grains were placed and stirred with a stick so to toast the grains fairly, without burning them.

Eventually, the grains were toasted manually in stone windmills for domestic use and in wind spinning windmills to produce greater amounts. The slower the process of crushing the grains the nicer the taste.

Gofio is a highly nutritional food that contains healthy and essential properties ideal for the body, it is recommended for a balanced diet and well being, containing vitamins, fibre, iron, zinc, calcium, magnesium and sodium.

Gofio is prepared either sweet or salty, for example, it is used with milk and dairy products, or with vegetable soup, knead it with water and vegetables: it’s an incredible product used to make delicious deserts. 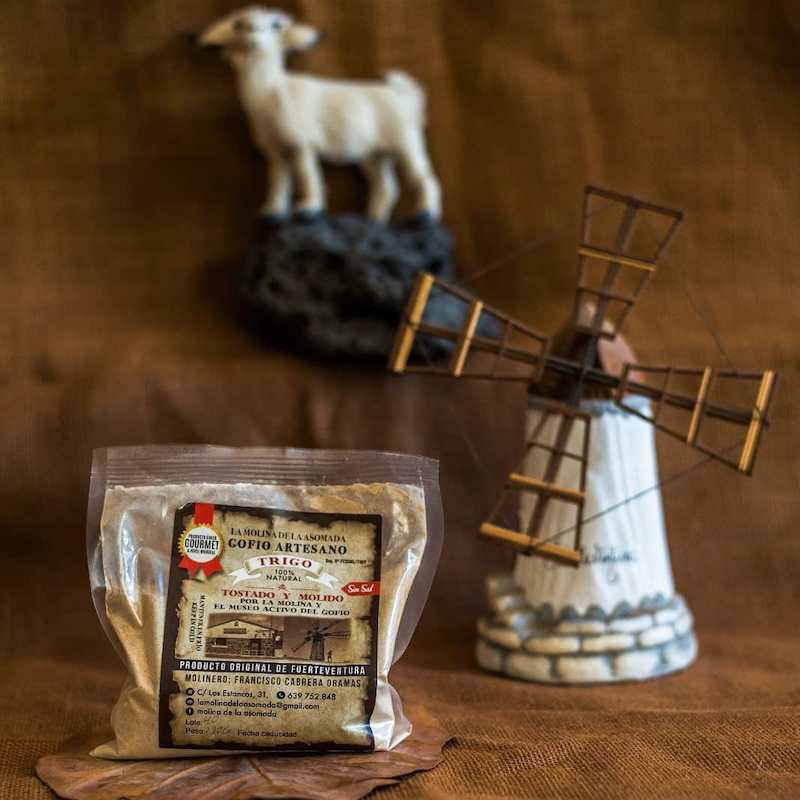 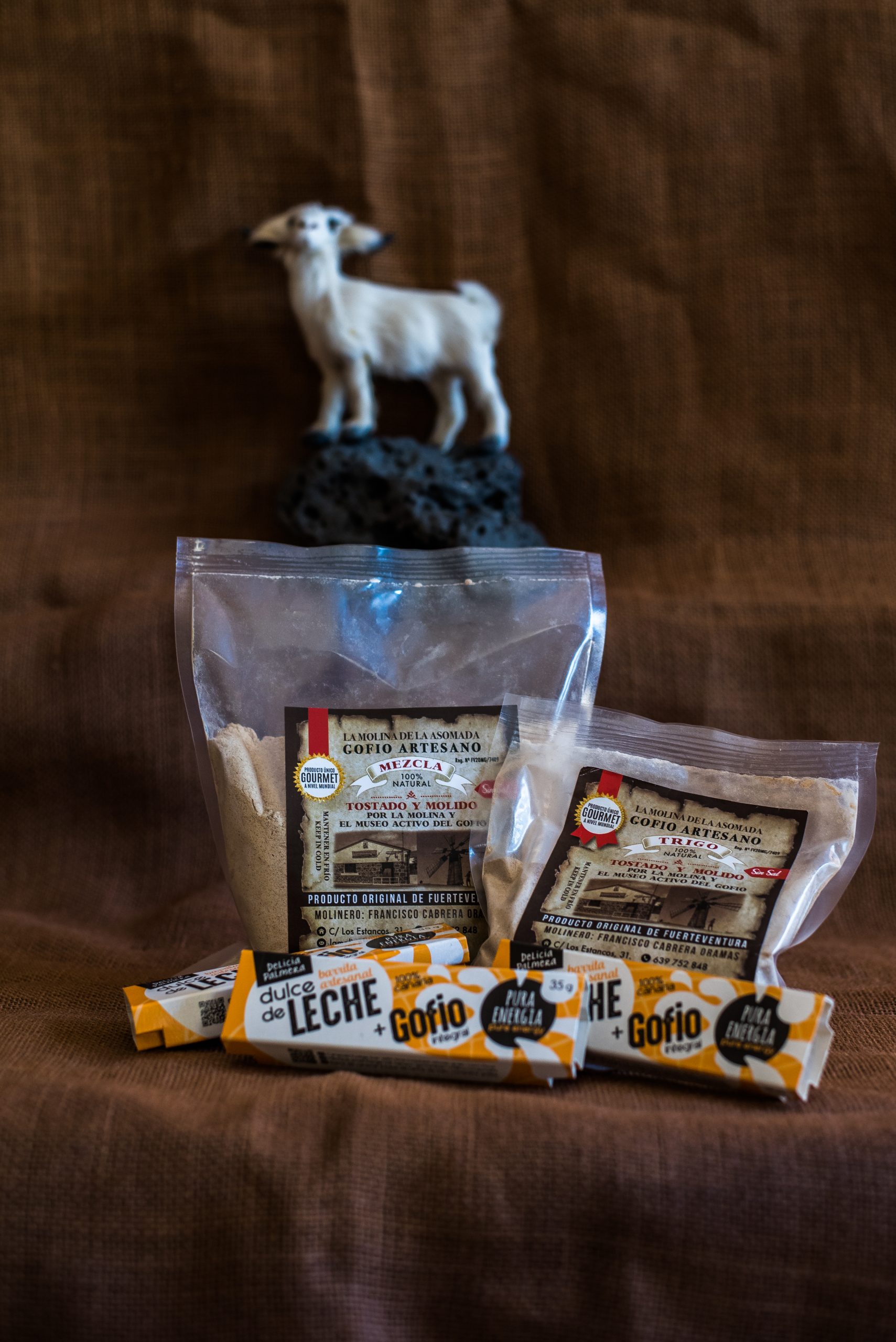